Other Field Trials with Plantskydd

We operate a Christmas Tree Farm in Eastern New York State.We have used Plantskydd® for two winters and it has proven effective in preventing deer browsing.We apply in November with back-pack sprayers, spraying smaller non-saleable trees. This procedure seems to prevent all penetration in the blocks of trees.
– Fred Battenfeld
F.W. Battenfeld & Sons
Red Hook, NY

“AssiDoman AB is the single largest forest owner in Sweden, managing approximately 7.5 million acres (3,000,000 ha) of forest land. In order to minimize browsing (deer, moose, hare) we have for several years used Plantskydd®. Our experience with the product is very good – regularly reducing browsing to a minimum. In most cases browsing will be reduced from 40-50% on untreated sites to around 5% where Plantskydd® has been applied.”
– A. Karlstrom, District Manager,
AssiDoman AB, Sweden

“We have now completed preliminary pen trials of Plantskydd® against both possums and wild rabbits. It was significantly more effective than X against rabbits, and equally effective against possums.”

March 1999 – SLOCAN FOREST PRODUCTS, BC – Vavenby Div.
“SFP has been an industry cooperator for Plantskydd® Field Trials for efficacy since 1996. We treated blocks that were SEVERELY impacted by deer browse. At the time approximately 100,000 D-fir seedlings per year experienced considerable damage due to browsing.

Upon application of Plantskydd® the incidence of browse decreased by 90% and, in many applications, ceased to exist….

It is our opinion that this non-toxic, biodegradable product is a critical solution to the deterrent of deer browsing as well as meeting today’s enviromental standards.”
-A. Morrell, Silvicultural Technician-SFP –
SLOCAN FOREST PRODUCTS British Columbia –
Vavenby Div., March 1999

Galileo and Darwin were not the only great contributors to science who died before being widely recognized.  As the German philosopher Arthur Schopenhauer (1788-1860) said: “All truth passes through three stages.  First, it is ridiculed.  Second, it is violently opposed.  Third, it is accepted as being self-evident.”  Professor Gilles Lemieux, the father of pedogenesis applied to agriculture, was also relatively unknown during his lifetime.  His passing on April 29, 2009, has not garnered much attention in the agricultural or forestry world, even in Quebec, where RCW research originated.

Humanity owes a lot to Professor Lemieux.  He defined and explained the evolution of fertile soil, one of the major elements on this planet – but also the least understood and least respected.  He opened a new field of exploration of our soils: that of pedogenesis applied to agriculture.

He created new words, such as “ramial wood” for the small tree branches at the root of soil fertility.  These branches were previously seen as trash and were burned or buried all around the world.  Prof. Lemieux’s rigor, tenacity and perseverance established the basis for this new science.  He deserved a Nobel Prize for his work.  For Canadians, his contribution compares with that of geographer Louis-Edmond Hamelin for his work on the northern hemisphere.

Small biological processes, whether fungal, vegetal, mineral or animal, are the essence of balanced terrestrial ecosystems.  All the veins where precious water percolates enable life on this planet.  Agricultural soil is the energy of the sun and water stored in the deciduous forests over millennia.  The soil has a vital heritage and is fragile and alive where the leafy forest is essential to its fertility and to the welfare of all living beings.

Thank you, Professor Lemieux, for enlarging our awareness of the value of fertile soil.

Pedogenesis – the whole, natural process (including effects of organisms) of creating and maintaining lignin, polyphenols, sugars, etc.  Pedogenesis creates soils that can supply the nutrients necessary for plant growth and can maintain hypogeous and epigeous biological balances.

Polyphenols – compounds derived from phenol and formed of benzene rings and hydroxyl groups.

Ramial wood – twigs less than 3 inches in diameter and coming from deciduous trees.

Deciduous – trees that drop all their leaves every fall.

Ecosystem – a biological system allowing beings of different levels to live in harmony in more or less closed cycles. 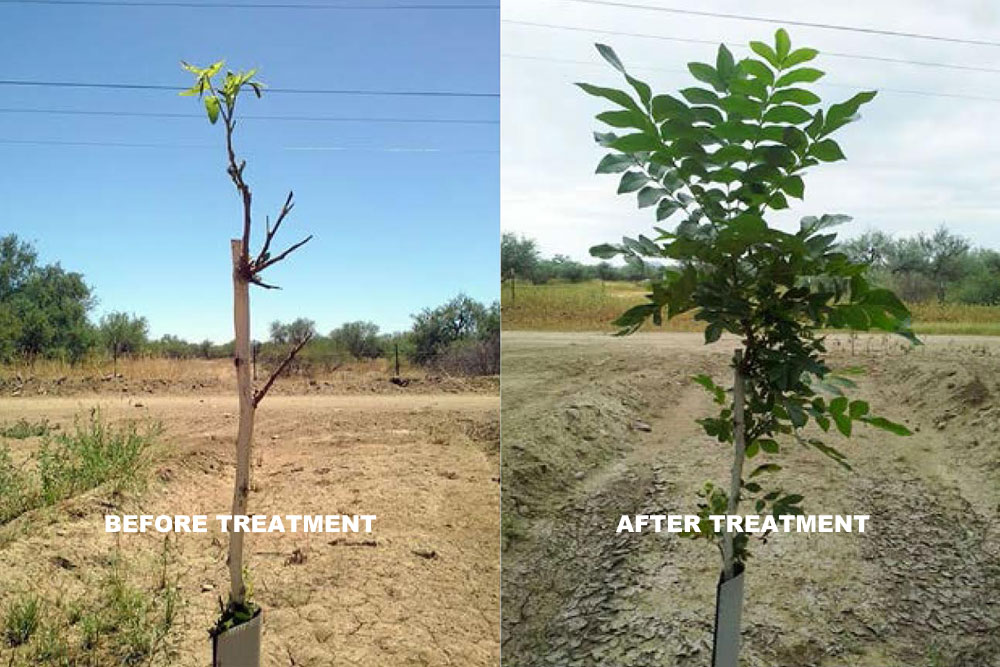